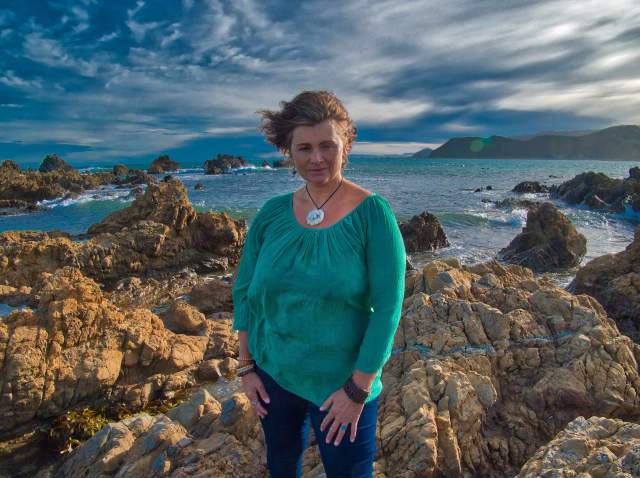 “An intimate, thought provoking portrayal of a woman’s attempt to heal herself from various power-over dynamics, including inherited family conditioning and cult indoctrination”

“Costa Botes has been making films for over 30 years: ANGIE is his best yet. He has always had a deft hand when it comes to emotional material. The ability to melt into the beautifully framed background and let the subjects speak, his flawless editing weaving a narrative spell”

“There is nothing stronger than a broken woman who heals herself”

Angie Meiklejohn’s parents broke up before she got into her teens. She and her siblings endured an unstable hand to mouth existence bouncing between Mom and Dad, in various states of dislocation. Then Dad started a new family and rejected them.

Angie grew rebellious. Younger brother Karlos got angry. He became a skinhead, she became a punk. They got into so much trouble, they were temporarily made wards of the state. And then their mother thought she’d found the ideal solution for keeping the family together. In 1985, she moved them all to Centrepoint Community in Albany, Auckland.

Founded in 1977 by ex-vacuum cleaner salesman Bert Potter, Centrepoint was an alternative lifestyle settlement that promoted intimate communal living, along with personal and sexual freedom. The setting was idyllic, with park like grounds, an olympic sized swimming pool, and all material needs looked after.

Angie’s youngest sister Renee sums up, “It had a whole lot of positives for someone in Mom’s situation … but then the darkness crept in”.

Angie was already disturbed when she moved to Centrepoint. She’d been sexually abused by one of her Mom’s lovers, and then raped, aged 11, by the teenage son of another lover.

What happened next makes a mockery of Centrepoint’s claims of being a “spiritual growth community”. The whole family would eventually be permanently damaged by their experiences. “It was a cult”, says Karlos Meiklejohn today, “a great big family cult”.

Under the tutelage of Centrepoint’s resident self proclaimed guru, Bert Potter, adults and children alike were systematically broken down psychologically and indoctrinated into participating in the Community’s unusual social practices.

‘Spiritual growth’ seemed to inevitably mean taking Ecstacy or Meth (manufactured on the premises) and having regular sex ‘therapy’ sessions with Potter. And others. Desperate for some sense of belonging and approval, Angie embraced the Community’s values, and lost herself. In her words, she became the “community concubine”.

When Angie left Centrepoint to go to Drama School, she had no idea anymore how to behave in the outside world. She was used to people coming up and offering “feedback”, or “Centrepoint cuddles”. She would proposition men in bars, and feel puzzled when they refused. “It was like landing on another planet, without an instruction manual”.

Add alcoholism to the mix, and Angie’s life as a young woman became even more difficult than her childhood. Alcohol was a crutch, but it made Angie erratic and unpredictable. Her acting career was already running off the rails before an unexpected pregnancy trapped her in a marriage she didn’t want.

Angie was ill equipped for life as a housewife and mother. She loved her two little boys but felt suffocated, like she was playing a role. Escaping that form of confinement led to worse – a stint as a sex worker, which became a slippery slide into worsening alcohol and drug abuse, and inevitably, loss of custody of her children.

After these blows came the bizarre suicide of Angie’s mother, a crisis that provoked another, an alcohol fuelled rage that almost led her to take her own life. Angie finally hit bottom. Then resolved to turn her life around.

“Everything changed for me when I got sober”, says Angie, a stunning understatement.

Life since then has been a constant process of discovery and experiment. Angie has dived enthusiastically into alternative health, spirituality, and healing practices, focusing particularly on the ‘embodied truth’ principles espoused by Leanora (embodytruth.com).

This has meant undertaking a deep examination of herself. And being willing to live with the results.

Angie’s blighted childhood and Centrepoint have left indelible tracks on her soul. She may never fully escape the ghosts of the past. Her personality, and sense of right and wrong were twisted into a pattern different from most people. Friend and longtime colleague Jules  Barber says simply, “Life here is not set up for her belief system”.

But Angie’s willingness to face her pain, and talk about her experiences with stunning frankness will provide hope and inspiration to all survivors of abuse or trauma.

It really is, “impossible to not love her”. That’s a rueful admission from one of Angie’s many ex-lovers, yet it’s generally true. Funny, smart, big hearted, unflinchingly honest, a steadfast friend – whatever her past hurts, Angie is an engaging and loveable human being. In this film she also proves she’s a riveting story teller.

“Angie Meiklejohn and her sisters are compelling camera subjects and the focus and clarity they each apply to the parental neglect and sexual abuse they have suffered is startling. Their testimony also provides a very full picture of the complex legacy of the childhoods denied them, and allows us to view even Angie’s wildest survival strategies with respect. “ 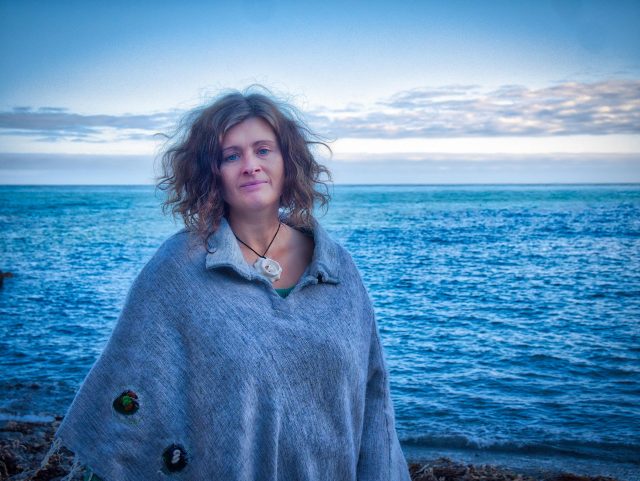 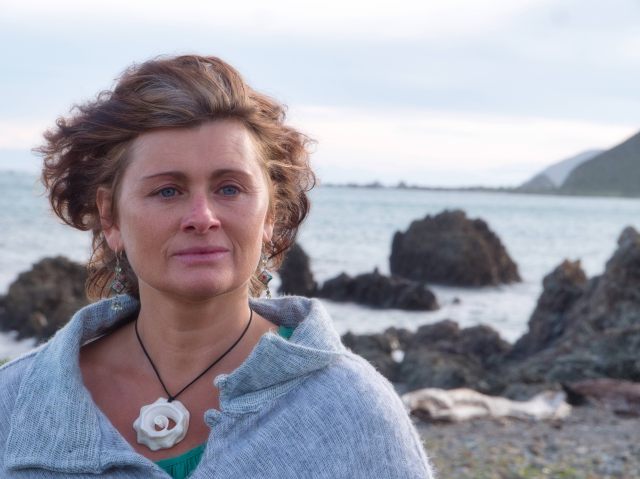 I watched ANGIE last night and I’m still reeling.  It is incredibly intense, emotionally – and riveting cinema.  You have created a very beautiful and moving work, and only a mature filmmaker could have done with the intense focus and insight and, above all, empathy that you have devoted to it. I think it’s a tremendously major work.   Andrew Pike, Ronin Films

Congratulations … I have never ever seen a film like that before.       Lindsay Shelton

Still trying to put something down that does it justice. I … have no words. l think it’s your best yet. lt’s 5 stars from me.

What a story, way, way more than just Centrepoint. A total roller coaster of emotions, and it just kept on coming! Beautifully done, great shots and such a precise eye for detail. So much in there, can’t get it out of my head.      Desiree Hales

Once again you have demonstrated that the protagonist doesn’t have to be rich or famous to have a life experiences worthy of a good doco. It must have been a challenging subject to deal with. I liked the way that Centrepoint was only a chapter or two in the story. The film gives an insight into the attraction of such communities and how people like Potter prey on the vulnerable.    Chris Prowse

Angie was amazing. 🙂 A lot of what she was saying really hit home. Makes me see astral travel in a whole new light … Loved the ocean shots.    Lili

I don’t have the words to describe this.  Angie, your film was so deeply moving and courageous. You are an amazing soul with a spirit that lights a room. I hope the puzzle is now complete.    Rose Froggat

W O W  !!! What a fabulous job … a masterpiece. I found myself crying often.  Though I knew this story, having it portrayed so gracefully encapsulated with so much meaning … so many deep messages and yet so many unresolved mysteries … allowing people to engage in wonderment … and possibility … richly told. You really did a fabulous job Costa.            Leanora

Centrepoint land cleansed of the past by Michelle Robinson (Stuff)

“Angie” is a movie that touches on a lot of important, insufficiently talked about, topics — including sexual abuse, alcohol/drug addiction, difficult childhoods, and the infamous Centrepoint Commune. The film is a Centrepoint story, told in the voices of some members of one family who were there as teenagers, but not the Centrepoint story … and more than anything it is a film about Angie Meiklejohn and her family, because the director (Costa Botes) makes “films about people not places or organisations” (as he said in the introduction to our screening). (Anke Richter’s “Bert’s Labyrinth: Revisiting Centrepoint” article talks about the process of researching the topics that ended up in “Angie” — Anke was a co-producer and researcher of the film. For an early Centrepoint documentary, while it was relatively young, before the scandals broke, see “Centrepoint: A Spirtual Growth Community” a two part “made for TV” documentary.)

I have known Angie for several years, and had met many of the people who appeared in the film, in person, before seeing the film. So it is difficult for me to judge the film in the abstract — viewing it was mixed with reminders of my own life experiences, outside knowledge of people appearing in the film, and already knowing much of Angie’s life story before I went to see the film. Yet even with all of that seeing the film helped fill in some gaps for me.

The spine of the film is a series of interviews with Angie, intercut with interviews with others in Angie’s life (always identified by name, but their link to Angie not always made clear as another viewer noted), and mixed with historical photos, and some reconstructions of events that happened in the past. Many of those interviews are shot with something between a closeup and an extreme closeup, which seems to be a Costa Botes stylistic choice.

Overall I think the documentary works, even for those without specific knowledge of the events or the people shown, but there is definitely more to access for those with starting their viewing with some existing knowledge. It is not an easy film to watch, particularly for those with any personal history of a troubled childhood, addiction issues, sexual abuse, etc. But I think it is important that these topics are brought out into the light, and maybe like “Once Were Warriors” the film can provoke useful discussion and action. 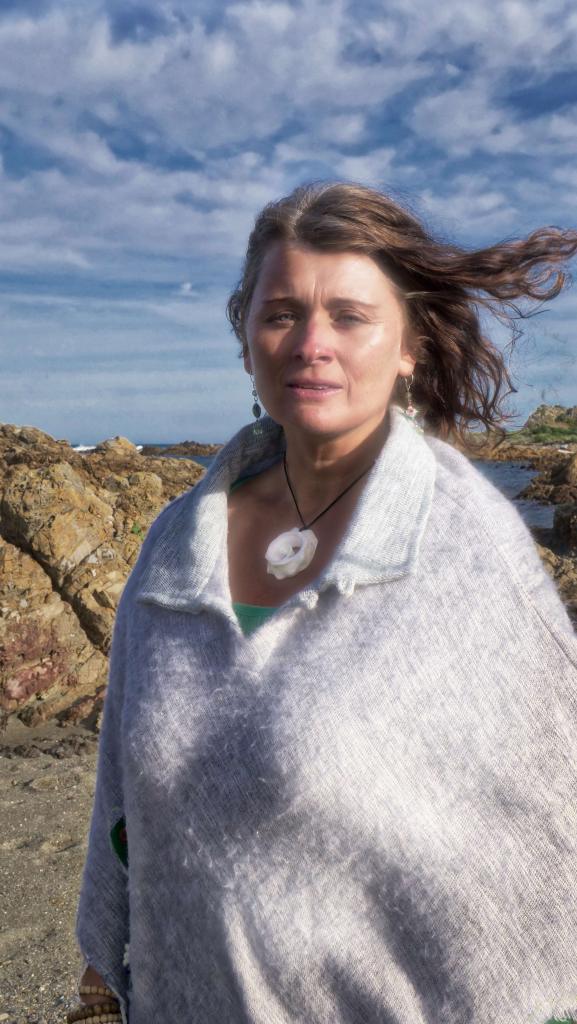 Based on research by ANKE RICHTER